Whitewater High School is proud to announce that Lydia Wiley Deal and Zachary Gross are the Class of 2018 Wisconsin Academic Excellence Scholarship winners. Lydia and Zachary will each receive $2,250 per year for four years ($9,000 total) while they attend college in Wisconsin. Recipients chosen each year must have the highest cumulative grade point average in their class. If there is a tie for the highest GPA, winners are selected based on the highest number of honor points and ACT / SAT test scores. 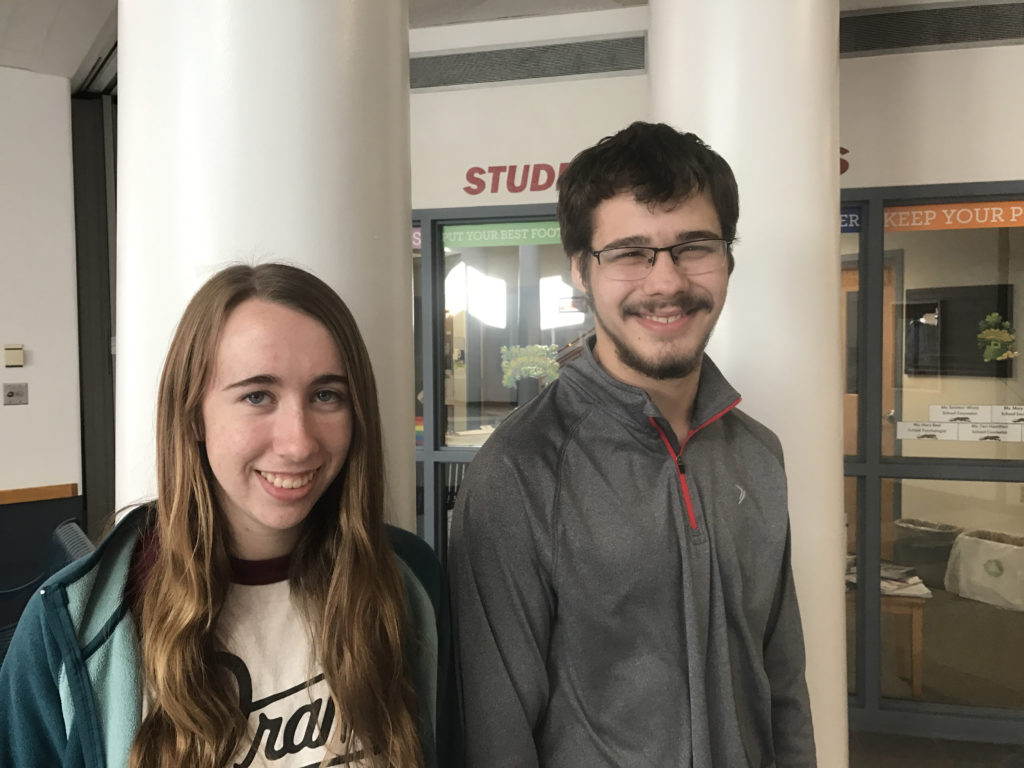 Students interested in applying can complete an application online at www.FortHealthCare.com/scholarships.  Applicants will be considered for every scholarship for which they are eligible by completing ONE online application.

Due to a lack of available staff — the district contracts for these services through CESA 2 — there will be no increase for deaf/hard of hearing or visually-impaired students.

Additionally, the board approved minor edits and changes to its open enrollment-policy document.

For the story on this and the remainder of the School Board meeting by Chris Welch for the dailyunion.com:

The 85 students of 5th and 6th grade singers were selected from across the state by the Wisconsin Choral Directors Association and the 8 Lincoln students were honored to be included. Guest conductor was Margaret Jenks, Director of the Madison Children’s Choir. The LINCS students practiced the challenging music with their music teacher Mrs. Christine Hayes. The students loved learning new techniques, being challenged and meeting new friends from across the state who share their love of singing. The Whitewater Music Parents provided scholarships for each student to help with registration fees. 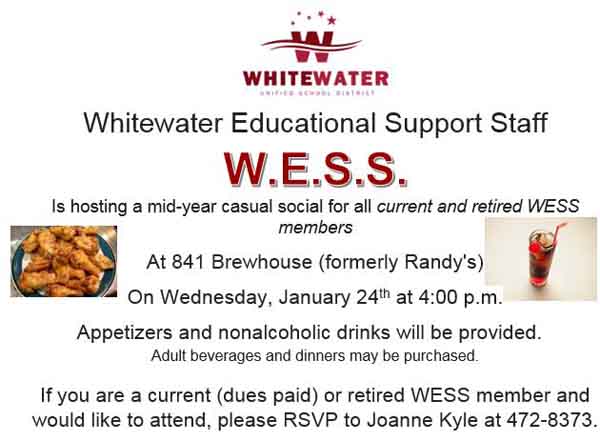 . At the end of the interesting story click links to hear short appropriate comments from WHS Principal Mike Lovenberg and Marc Perry on the event.

On January 6, the team traveled to Waukesha County Technical College in Pewaukee to participate in the FIRST Robotics Kick-Off Event. At the event, they learned about the game for the 2018 season, and they will have until February 20 to plan, design, build, and test their robot before it has to be sealed for competition.

The game this year is modeled after a 1980’s video game, with the robot needing to pick up and distribute “power cubes” to various places on the field. To view the video presentation of the game, visit

Team Ferradermis would like to thank their community sponsors including HSI Rentals, Generac, First Citizens State Bank, LS Power, Whitewater Manufacturing, the Salverson Family, Basin Precision Machining, The Knights of Columbus, Hudapack, anonymous community members, Whitewater High School, and the Kiwanis Breakfast Club. Ferradermis has also received generous grants from the Wisconsin Robotics League Participation grant program, the Argosy Family Foundation, and from Pentair this year. With these donations and grants, the team will be able to compete in two regionals this year as well as a pre-regional at Sussex Hamilton High School on February 18. From March 22 – March 24 the team will be in Milwaukee for the Wisconsin Regional, and from April 4 – April 7 the team will be in LaCrosse for the Seven Rivers Regional. The regional events are free and open to the public.

If the team can raise a little more money, their goal is to build two identical robots so that after the first is sealed for competition they can continue testing and debugging the second in preparation for changes to be made once the first robot is unsealed in Milwaukee.

Team Ferradermis would also like to thank the large number of adults who are assisting faculty advisors Ms. Laura Masbruch and Mr. Cody Watson in mentoring the team. Three graduates who founded the team last year are returning to mentor their former classmates; Justin Brantmeier, Roberto Soto, and Jacob Lee are all attending college but giving up their holiday break and driving back on weekends to assist. Also mentoring the team are Rob Prager from US Tanker, Lead Coach Carissa Petzinger from Generac, Dilpreet Randhawa, Allison Conrad, and Caleb Johnson from the UW-Madison Robotics Team, UW-Whitewater student and FIRST alum Sam Smith, and community members Jim McKenzie, Tony Tautges, Steven Sahyun, and Karen Korf. Thank you to the community for your tremendous support!