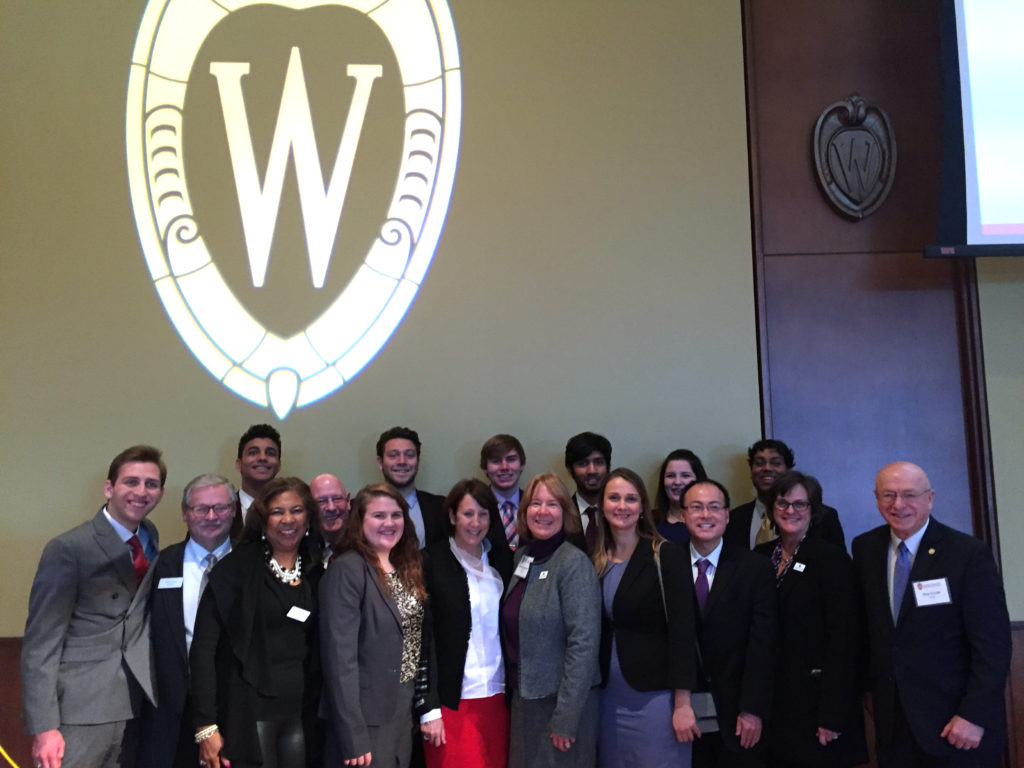 An elite team of economics students from the University of Wisconsin-Whitewater joined Chancellor Beverly Kopper at the UW System Board of Regents meeting in Madison on Thursday, Feb. 8, 2018, following their national finish in the College Fed Challenge.

The students are members of the team that competed against some of the world’s most prestigious universities at the 14th Annual College Federal Reserve Challenge in Washington, D.C., in December. UW-Whitewater is the first-ever Wisconsin university to advance to this national event after defeating Northwestern University, the University of Chicago, and Marquette University at the competition held at the Federal Reserve Bank of Chicago in order to become regional champions.

Advancing to the national event, the UW-Whitewater team competed in finals held at the Board of Governors of the Federal Reserve System in Washington, D.C. This event served as the capstone to five district competitions held around the country, and UW-Whitewater competed against regional winners Harvard University, Pace University, Princeton University and Virginia Commonwealth University.

Managed by the Board of Governors of the Federal Reserve System, the College Fed Challenge is an academic competition designed to bring real-world economics into the classroom. Teams analyze economic and financial conditions and make a recommendation for monetary policy. They are scored based on a 15-minute presentation and a 15-minute question-and-answer session with judges.