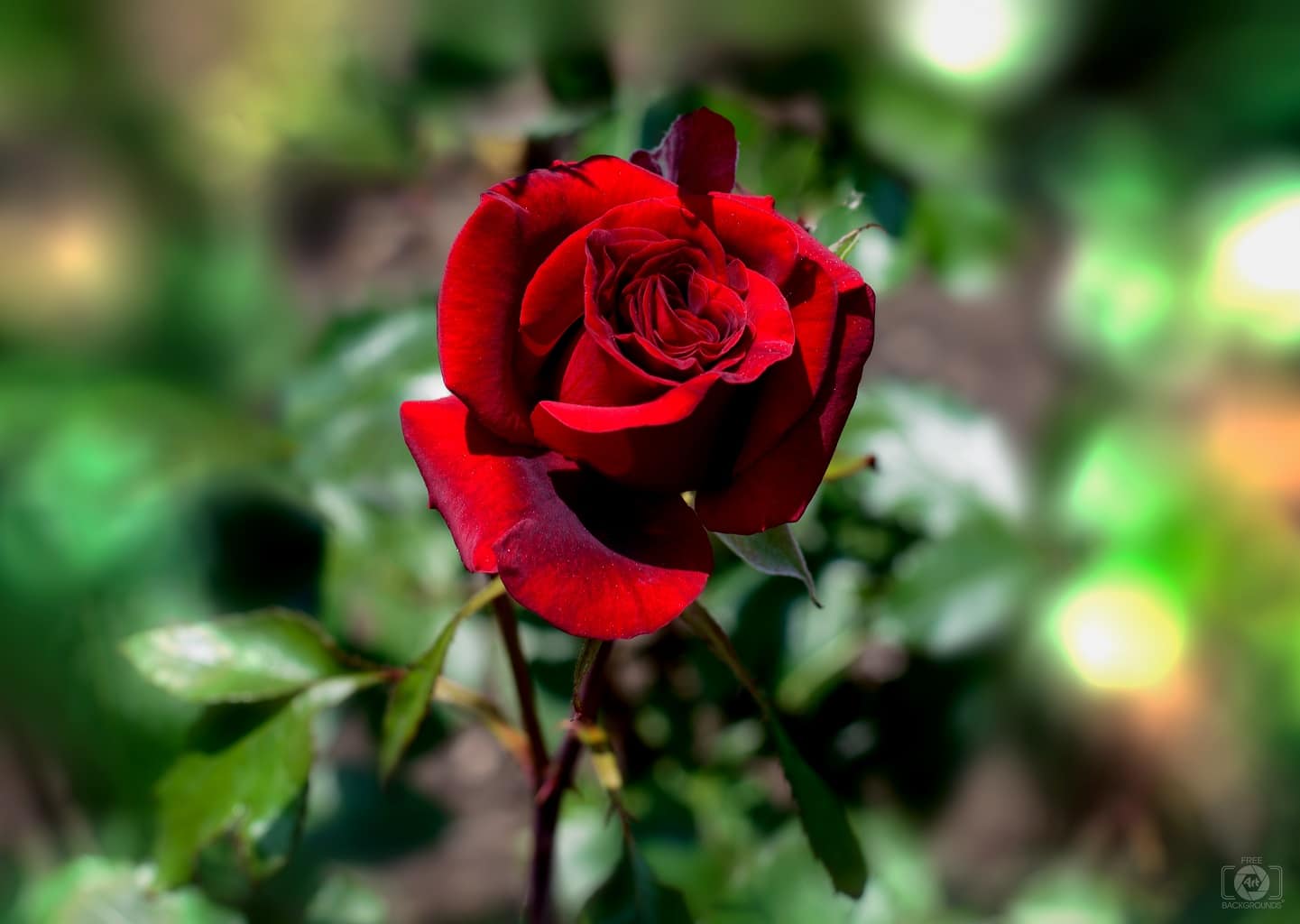 Dolores M. Feltych, age 80, of Janesville, passed away on Wednesday, June 29, 2022 at the Cedar Crest Assisted Living Facility.  A memorial service will be held at 2 p.m. on JULY 10, 2022; at SCHNEIDER FUNERAL HOME; with visitation from 1 p.m. until time of service. SCHNEIDER FUNERAL HOME & CREMATORY is assisting her family. 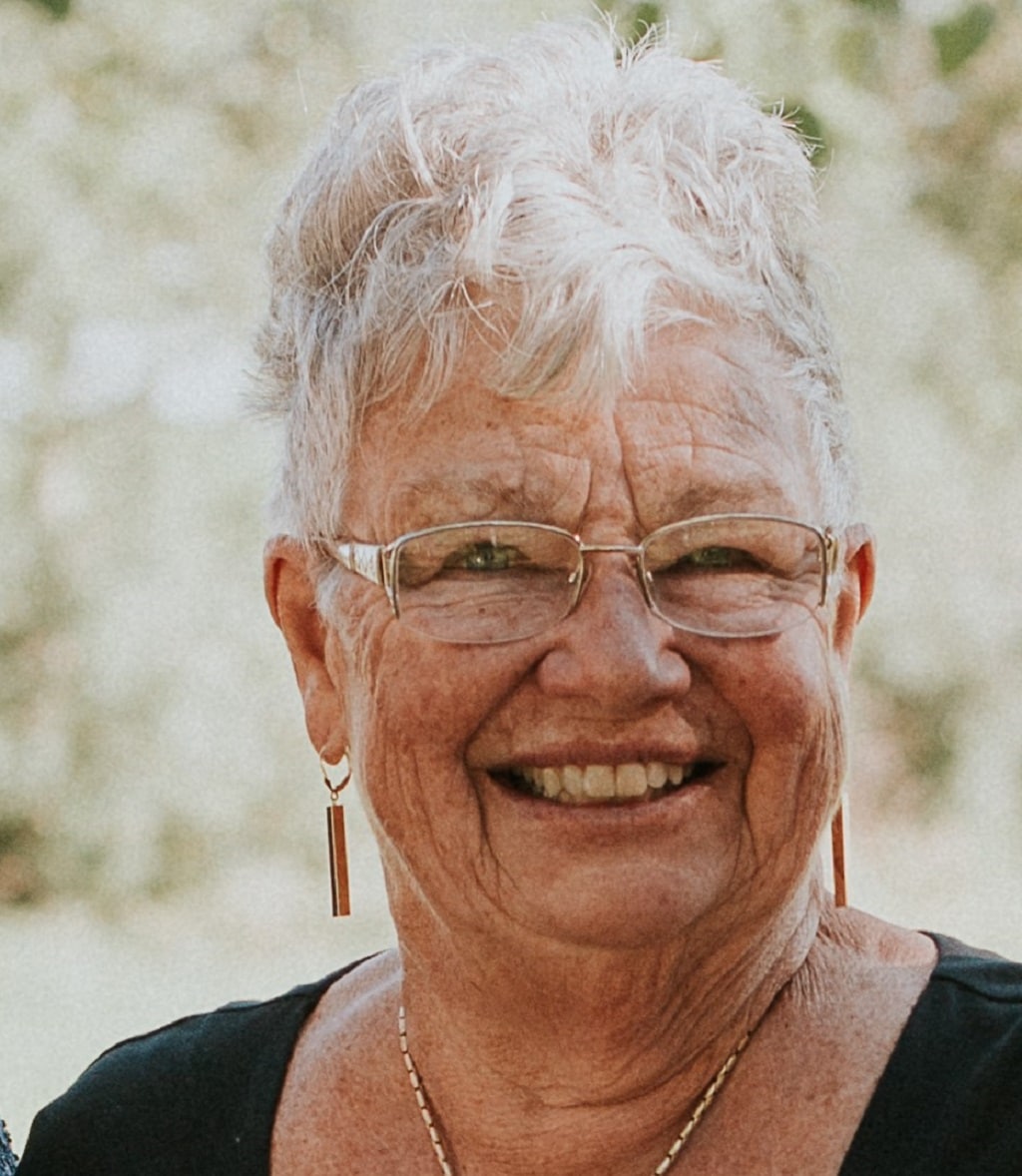 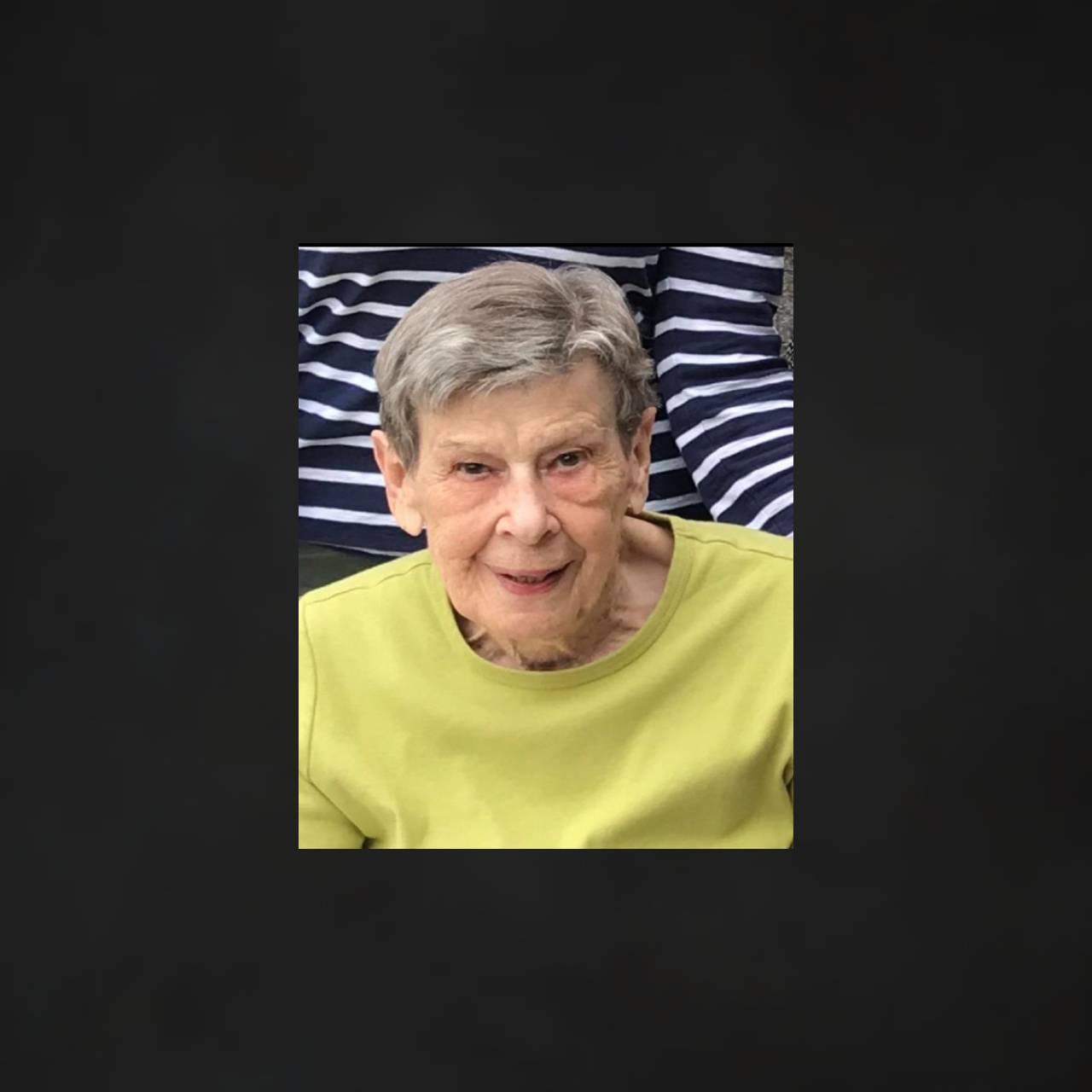 Theresa was born on January 22, 1932, in Gueydan, Louisiana. She was the fourth of nine children of an Acadian-French (Cajun) family. Her parents, Alexandre and Odeide (nee Leblanc) Simon were cotton sharecroppers in southern Louisiana.

Theresa was very proud of her Cajun heritage and was a lifelong student of its language, food, music, and traditions. In search of the linguistic roots of her ancestors, she traveled to Nova Scotia and New Brunswick, Canada, and the Poitou Region of western France.

Theresa married Carl W. Shinners in 1954 and moved with her family to Whitewater, WI in 1965. In 1976, she earned a bachelor’s degree from UW-Whitewater in Education and taught French and Spanish for many years at Delavan-Darien High School.

Theresa was an active part of the Whitewater university community and St. Patrick Catholic Church. She volunteered with Catholic Services, using her language skills to serve the Hispanic community in Palmyra, WI.

After her retirement, she moved to Madison where she continued her teaching vocation as a substitute teacher in the public schools. She was a long-time and dedicated volunteer of the Friends of Sequoya Library; customers will remember her from the monthly book sales. She also was an active member of area French-speaking clubs.

Theresa was an eager consumer of world and U.S. political news. She wanted very much to vote in the upcoming November 2022 elections. In her memory, her family encourages friends and family to exercise their precious right to vote in every election.

A service of remembrance will be held at a later date. In lieu of flowers, donations may be made to the Friends of Sequoya Library and sent to Sequoya Library, 4340 Tokay Blvd, Madison, WI 53711. Please share your memories at www.cressfuneralservice.com 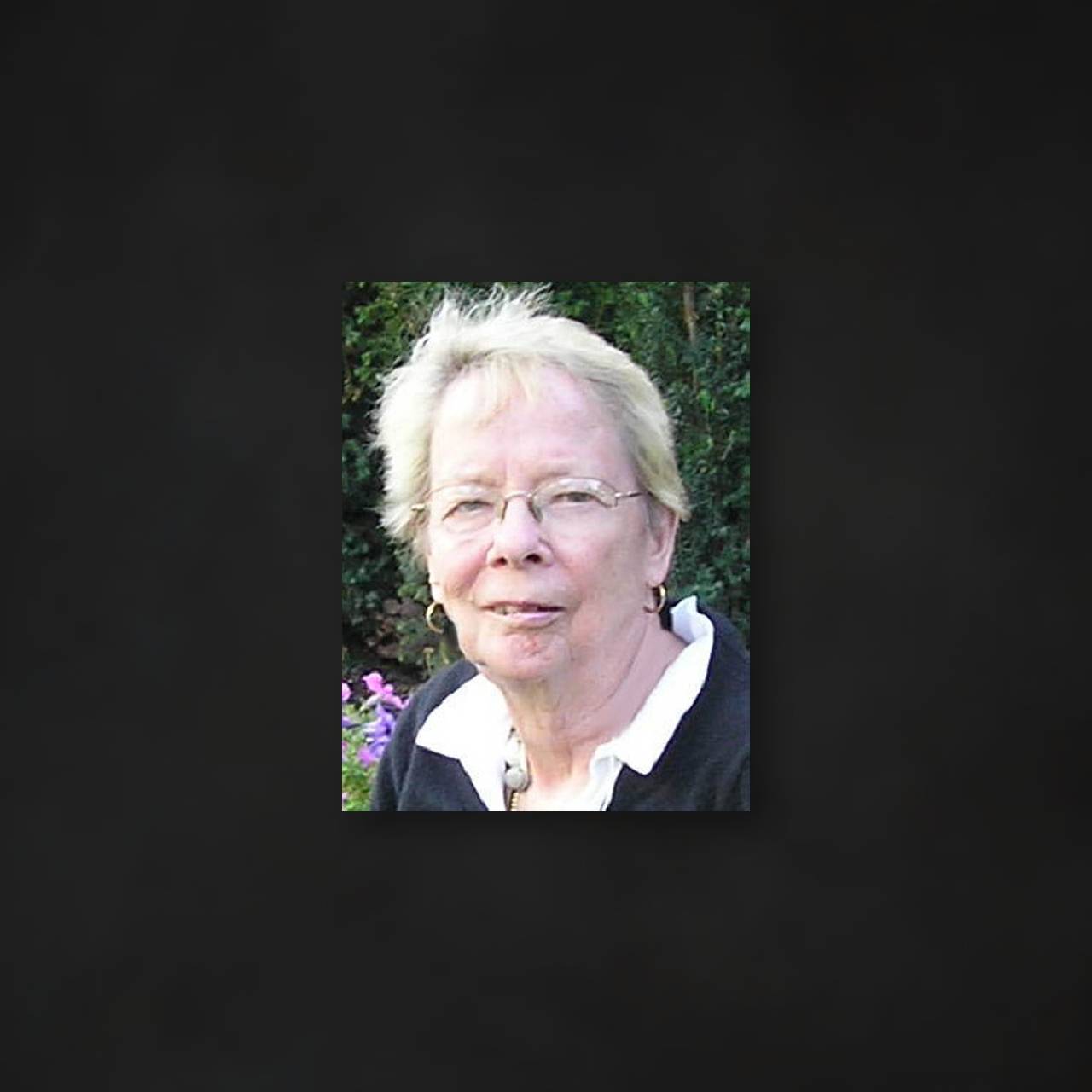 She was born March 21, 1932, the daughter of Leslie and Dorothy (Smith) Forsyth. She was a graduate of Monmouth College majoring in Biology. She was a lifelong member of Kappa Kappa Gamma Sorority. On October 2, 1954, she married Thomas “Tom” Flanders, in her hometown of Des Moines, Iowa.

Nancy was a master gardener, stained glass artist, and amateur ornithologist. She had a great love of reading from early childhood and attended a book club at Irvin Young Library in Whitewater. She and Tom traveled the world for humanitarian causes and sailed to many ports of call in Lake Michigan.

Nancy is survived by her daughters, Roberta Flanders, Leslie (Richard) Balcerak, and Stacy (Harold) Dunbar; two granddaughters, Kelly and Jillian Dunbar; brother, George Allen (Ardith) Forsyth; and two Goddaughters, Emily and Laura Wheeler. She is further survived by nieces and nephews as well as many friends.

She was preceded in death by her parents; husband, Tom Flanders; an infant son; sister, Barbara (Rodney) Wichmann.

In lieu of flowers, memorials may be made to Irvin Young Library, Cornell Lab of Ornithology, Audubon Society, or Blood:Water.

A Celebration of Life will be held at a future time. 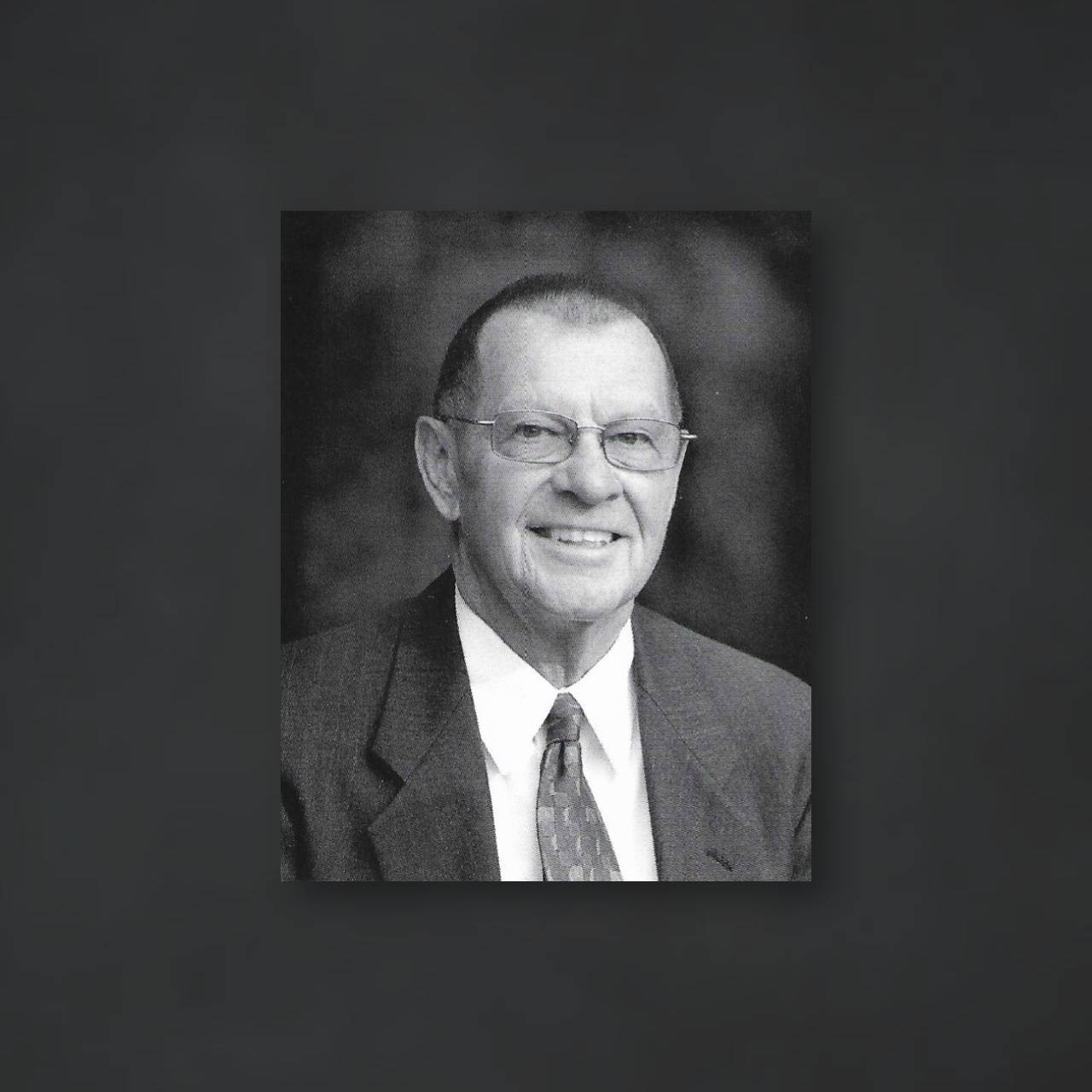 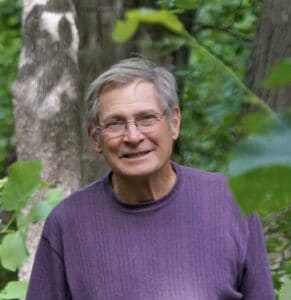 A Celebration of Life for Dr. Grotelueschen
Evergreen Golf Course, on Sunday June 26th  from 1:00-4:00 p.m.

Thomas (Tom) Grotelueschen retired from UW-Whitewater in 1995 as Emeritus Professor in the College of Education and Professional Studies.

He passed away, in the presence of loved ones, at Cape Canaveral Hospital, FL on March 4, 2022,  eighteen days short of his 89th birthday

A Celebration of Life for Dr. Grotelueschen is planned by the family at Evergreen Golf Course, on Sunday June 26th  from 1:00-4:00 p.m., N6246 US Highway 12, Elkhorn, WI 53121. Please attend and bring a story of remembrance to share.  His full life story is available here. https://www.channel3000.com/thomas-tom-s-grotelueschen/ 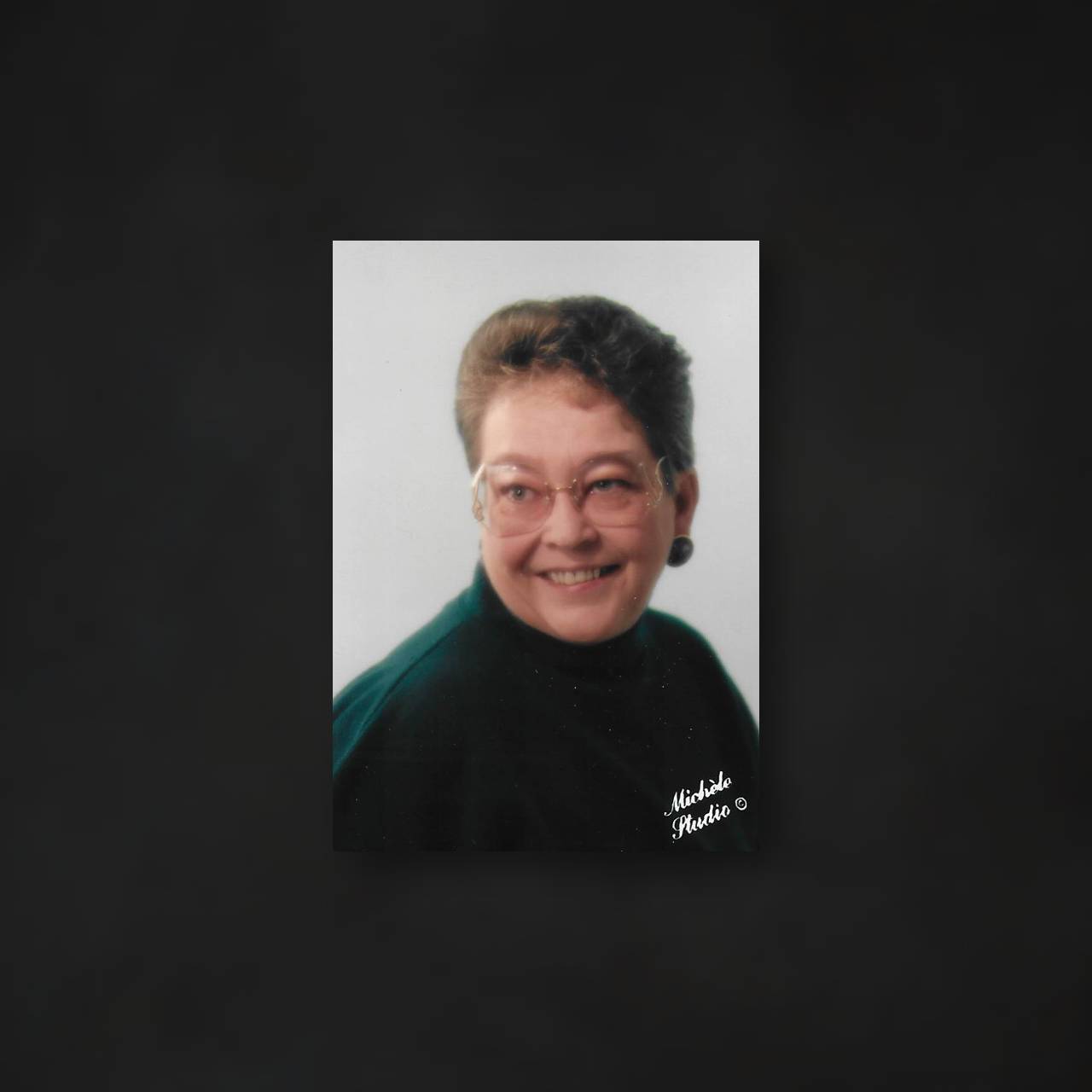 Randy Lou Mason Bigelow, 80, of Whitewater, passed away Monday, May 30th, 2022 surrounded by her children. Born February 19, 1942, daughter of Orrin and Hannah (Stuvengen) Mason.  Randy grew up in Whitewater, and attended the College high school from which she graduated in 1959.

In her teens, Randy was a surprise feature in Life Magazine’s September 16, 1957 article “A Frenchman’s Look at American Women,” which sparked cards and letters from around the world to her, which she enjoyed answering.

She relished long work relationships with careers as a photo colorization artist in her 20’s, at Sherwood Forest, Past & Present and was the People Greeter at our local Walmart for over 20 years until her retirement in April of 2019.

Randy loved her Kitties, always having cats as companions. She was an avid book reader, gift shopper, and had a zest for traveling with friends from coast to coast, and doing Van Gelder bus tours to many local sites. Randy also enjoyed several Carnival cruises with her family.

Visitation will be held at the First English Lutheran Church, Whitewater from 1 – 2:30 p.m., followed by a short service and luncheon on Sunday, June 19th, until 4 p.m.

Private family burial will be Thursday the 23rd at Hillside Cemetery in Whitewater.

Nitardy Funeral Home is assisting the family with arrangements. Online condolences can be made at www.nitardyfuneralhome.com 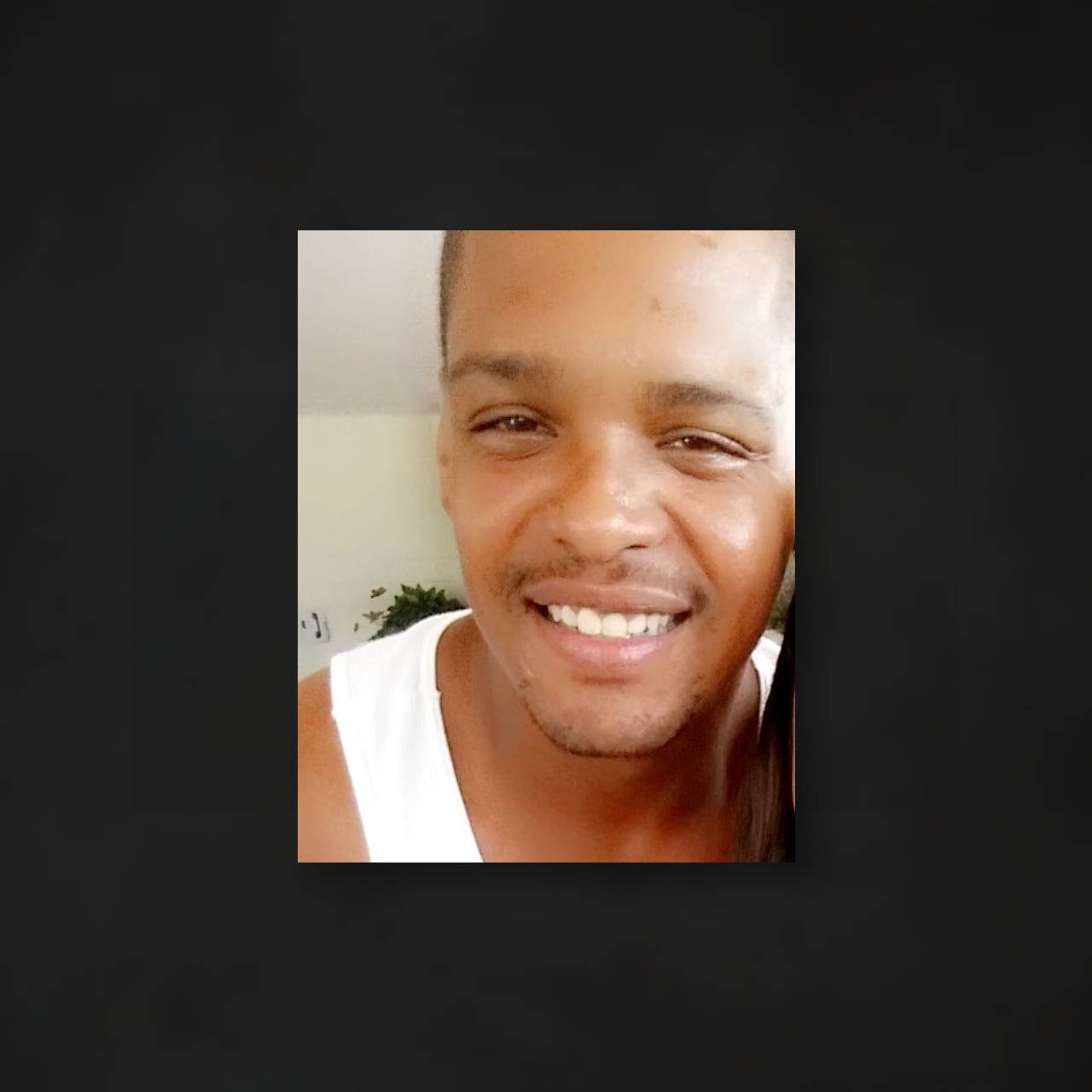 Donald Walter “Creepy” Samuels, 41, of Fort Atkinson passed away unexpectedly on Wednesday, June 8, 2022 at his home surrounded by his loved ones.

Don was born on June 26, 1980 in Chicago, Illinios to Donald Walter Zunker Jr. and Alicia Samuels along with four siblings.  He grew up in Chicago and attended Dvorak grammar school before moving to Fort Atkinson with his father.  Don attended Fort Atkinson high school and received his diploma.  While attending high school, Don met his friends, The Frowns, and have been friends ever since.  In 2004, Don met the love of his life, Victoria Ruiz, and they spent 18 years together.  Don was proud of his employment at Sierra Concepts as a foreman supervisor for six years.

He was an avid pool player, enjoyed music, having a good time, playing cards, playing basketball with his son, and overall spending time with all of his children.  Don was often known as the “Life of the party,” and could light up a room with the smile on his face.  He had lots of friends amongst many groups – he took people for who they were and was never judgmental, unless you liked anyone else besides the Bears and Chicago sports (minus the White Sox).

In lieu of flowers, please donate to the memorial fund that will be set up in Don’s name for his children at PremierBank.
Special thanks to friends that turned into family and have stepped up to care for Don’s family as their own.

Don’s children express, “I never knew how much a person could mean to me until I lost him. He was literally the only person who could lighten up my day. There is no one who could make me laugh like he could, there is no one who can make me smile like he could. He could just make someone smile by just arriving because, no matter what has or had happen he always had a smile on his face and always knew what to do to make someone else happy again.  My dad has and will always be my best friend no matter if he was here with me or up there watching over me.  He may have had his bad moments but no matter what he would always be there for my siblings and I, there wasn’t ever a time where I had to be worry if he was going to be there or not. As much as it hurts to say it, he is in a better place, with no suffering and no pain up in the clouds with all the beautiful angels. I love you forever and always dad ❤️. – YOUR BABIES”

His fiancé goes on to remark, “You & I been mourning together, inseparable, we chose pain over pleasure. For that you’ll forever be apart of me; my mind, body and soul. Ain’t no I In we (BABY) Baby boy put it on me ❤️ One life. One love. Love you forever and always-WIFEY”

Online condolences can be made at www.nitardyfuneralhome.com 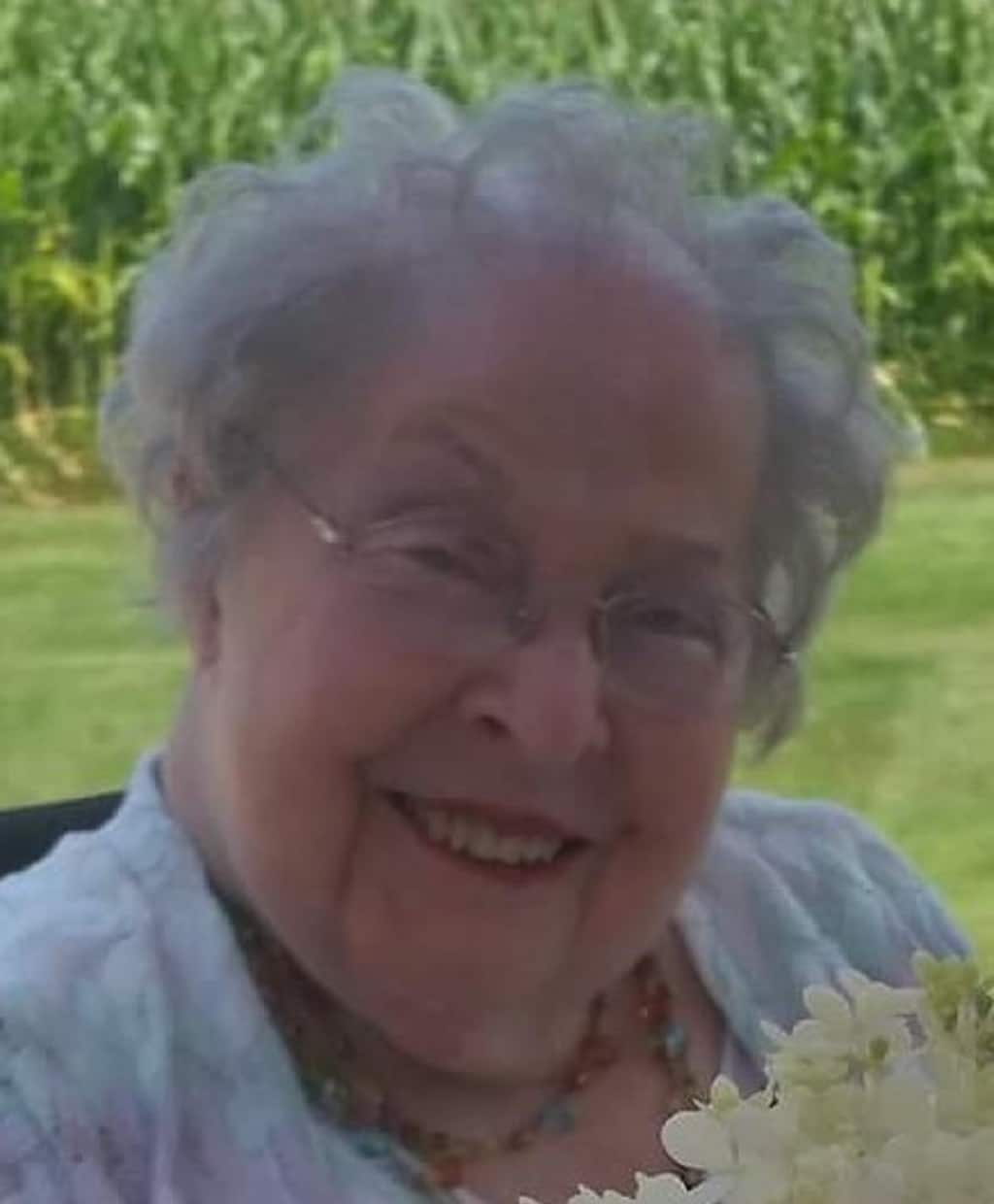 Mildred E. (Strunk) Stanton, age 98, passed away peacefully in her sleep at Fairhaven on June 5, 2022. She was born on July 25, 1923, in Whitewater Township to Edward and Evelyn (Viegut) Strunk. She was baptized on August 12,1923 at St. John’s Evangelical Lutheran Church in Whitewater and confirmed on July 3, 1938 at First English Lutheran Church, Whitewater. Mildred graduated from Whitewater High School in 1942. On April 26, 1945, she married Dean T. Stanton, at First English Lutheran Church in Whitewater, WI. They farmed with Dean’s parents in Elkhorn, WI until 1952, when they purchased a farm in Richmond Township where they farmed until 1964. Mildred worked for the Milton School District from 1967 to 1979 as a clerk/secretary.

Mildred was very interested in family history, which was documented by her numerous scrapbooks of pictures and clippings.

Services will be held on Monday, June 13, 2022 at 11:00 a.m. at First English Lutheran Church, Whitewater, Wisconsin, with visitation beginning at 9:30 a.m. Burial will follow at the Hebron Cemetery, Hebron, Wisconsin. 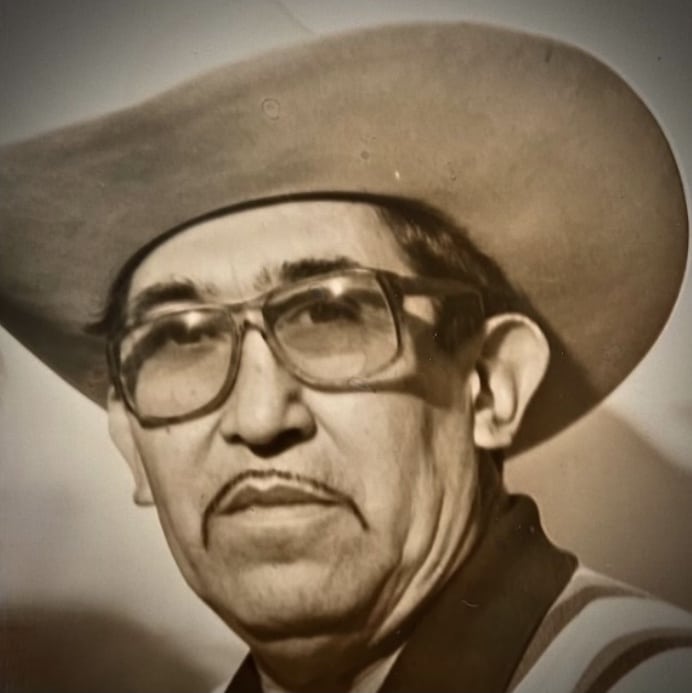 Rogerio (Roy) Yanez, age 80, was called home peacefully on Thursday, May 26, 2022, surrounded by his wife, daughters, and grandchildren. Formerly of La Feria, TX, and Chandler, AZ, during his rebel days, he spent the last two decades braving the snow and cheeseheads in Wisconsin where his daughters decided to settle. Firstborn to Rogerio and Amelia, Roy spent his youth helping his family in the fields of Arizona as a migrant worker and young adulthood in the military. Having endured Vietnam, he developed the stoic disposition that endeared him to his family. He loved his coffee, tobacco, and westerns. He did not need words to express his love for his family and his dad jokes and grandchildren brought out the light inside him every time.

He is survived by his “viejita güerita,” Sonia; daughters, Rosalinda Martinez, Cinthia (Fernando) Luna-Saldivar, and Yasmine (Michael) Luna-Lennon; and grandchildren, Amaru, Mateo, Gabriel, and Analìa who will carry the memory of a gentle man that loved his family fiercely. The family will hold a private celebration of life.