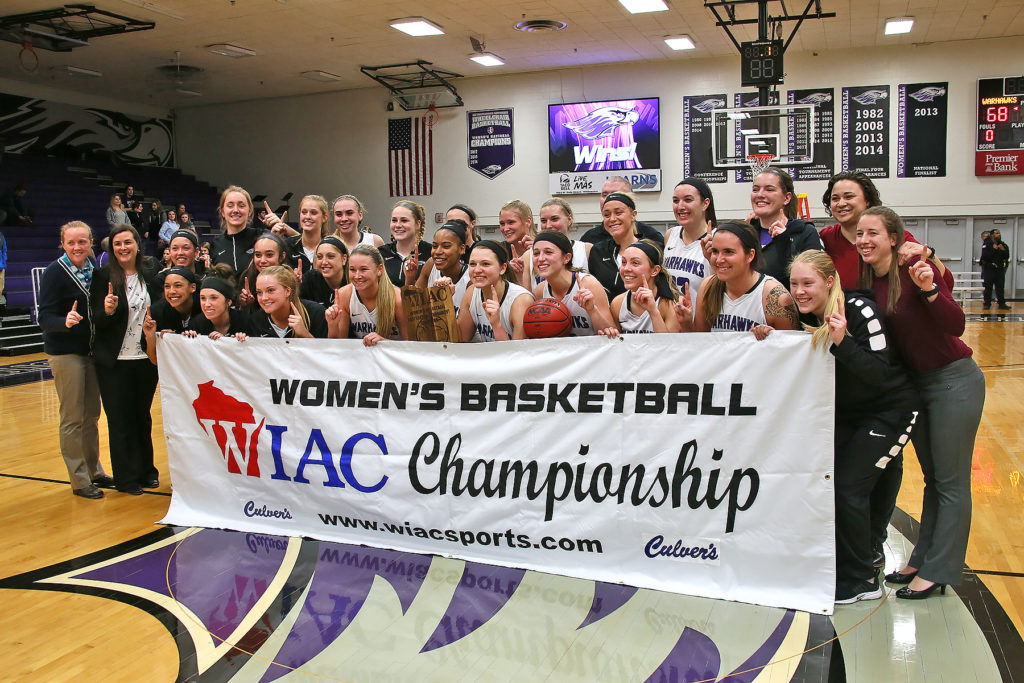 With the victory, the Warhawks earned the conference’s automatic bid into the NCAA Division III Tournament for the second straight season.  The tournament selection show will air Monday, Feb. 26, at 1:30 p.m. live on NCAA.com.

Senior Jordan Newman, junior Nicholas Bonomo and sophomore Mike Tortorice will represent the Warhawks at the NCAA Division III Championships on March 9-10 in Cleveland, Ohio, after each finishing among the top three in their respective weight classes.

The University of Wisconsin-Whitewater men’s and women’s track and field teams posted several impressive results on the second and final day of the Wisconsin Intercollegiate Athletic Conference Indoor Championships (Presented by Culver’s) at UW-Stevens Point.

The No. 6 Warhawk men placed second with a final score of 105, while the 17th-ranked women finished sixth with a score of 51.50.

For complete results at UWWSports.com,