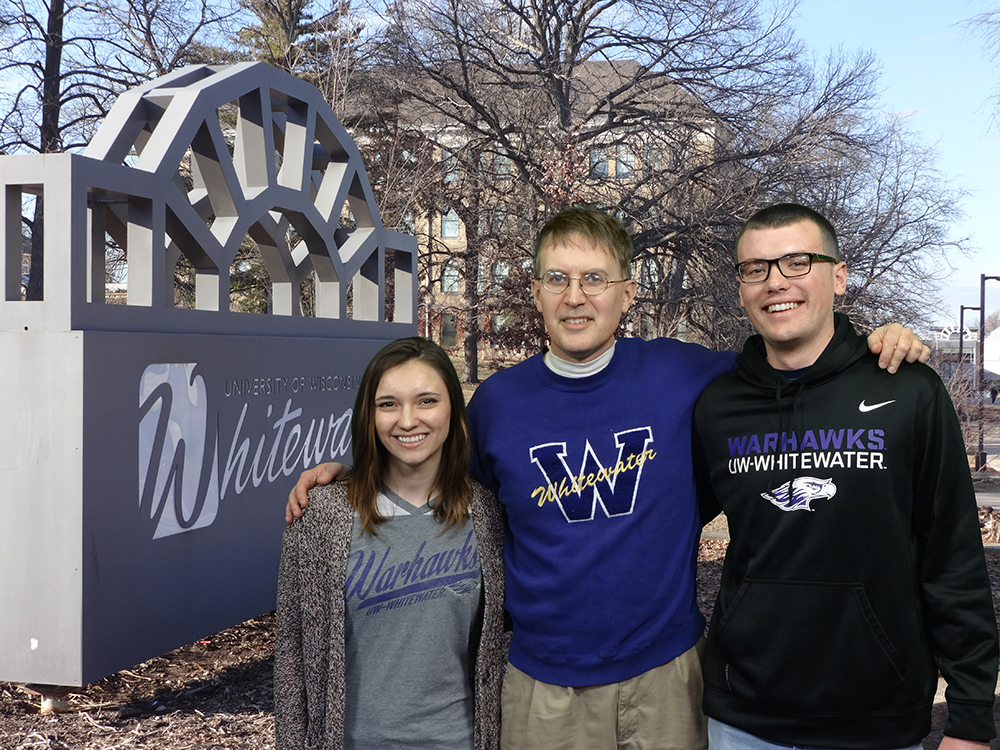 Hapka continues to struggle with complications from a traumatic brain injury he sustained during a chiropractic appointment. He never received any settlement, and UWW students are working to organize fundraisers throughout southern Wisconsin to help pay for Hapka’s rehabilitative care and offset the massive medical expenses he and his family incurred.

Andrew Gardner, a public relations major, joined Hapka’s campaign after learning of his story on campus.

“I felt compelled to get involved when I heard about Tom’s story and the hardships that he and his family are going through,” Gardner said. “I was also drawn to Tom’s story because he’s a UW-Whitewater alum and his family has given many years to the campus.”

Hannah Maes, a double major in Entrepreneurship and International Business, hopes Hapka’s story can be used to raise awareness about traumatic brain injuries.

“Tom has faced so many injustices, and his entire life was seriously damaged by this single incident,” Maes said. “I hope this effort can educate people about prevention and the early warning signs of a TBI so those who are injured get treatment as soon as possible.”

The next event for Hapka will be held at Mac’s Pizza Shack in Janesville on Wednesday, March 14 from 4 pm to 8 pm, with 10 percent of all sales during those hours being donated to Hapka’s fund. The event is open to the public, and those who cannot attend are encouraged to visit LifeBeyondBrainInjury.org and make a secure donation.